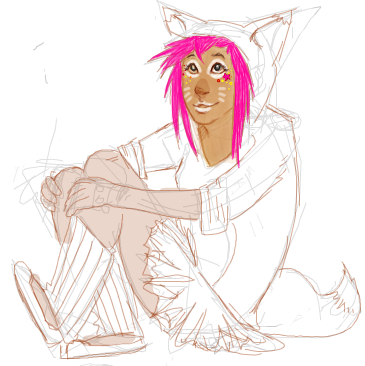 Catman has been arrested for gross amounts of property damage to Gainsboro city roads and infrastructure.  The police were, however, willing to cut him a break if he could bring Brad Garrison, a local troublemaker and gang leader, back to the station.  Catman and the team joined together and (unfortunately) were defeated utterly by Brad’s overwhelming Pokemon force.

In the chaos following the battle, Catman run away and rode Rollcage (his Onix) into the Gainsboro City sewers, causing even more property damage than he was originally.  Not only is he riding the Onix in a space that is considerably smaller than it, but Rollcage is racing through the sewer system at its top speed of 50 mph.  The resulting force has buckled the storm drains and basically quarry-blasted the roads under which Catman has travelled.  All emergency units are currently engaged in rescuing people from the damage and quelling panic/riots.

In the midst of these happenings, Elliana Lilane, a high-ranking Pokemon trainer has just entered the city, hoping to challenge the Chuen elite and claim her title as Pokemon Master.  What she did not expect, though, was deja-vu from her experience here 4 years ago.  In similar but unrelated fashions, Naartok, an Eskimo from northern Poke-world seeking the parents of her lost lover, and Katsuro Moriko, some kind of secret agent, have arrived in Gainsboro for their own reasons.  It appears they will need to put those thoughts on hold until the riots are quelled, though.

This session features a slightly expanded combat set from the previous session of the game.  The specific rules can be found on the Wiki site.