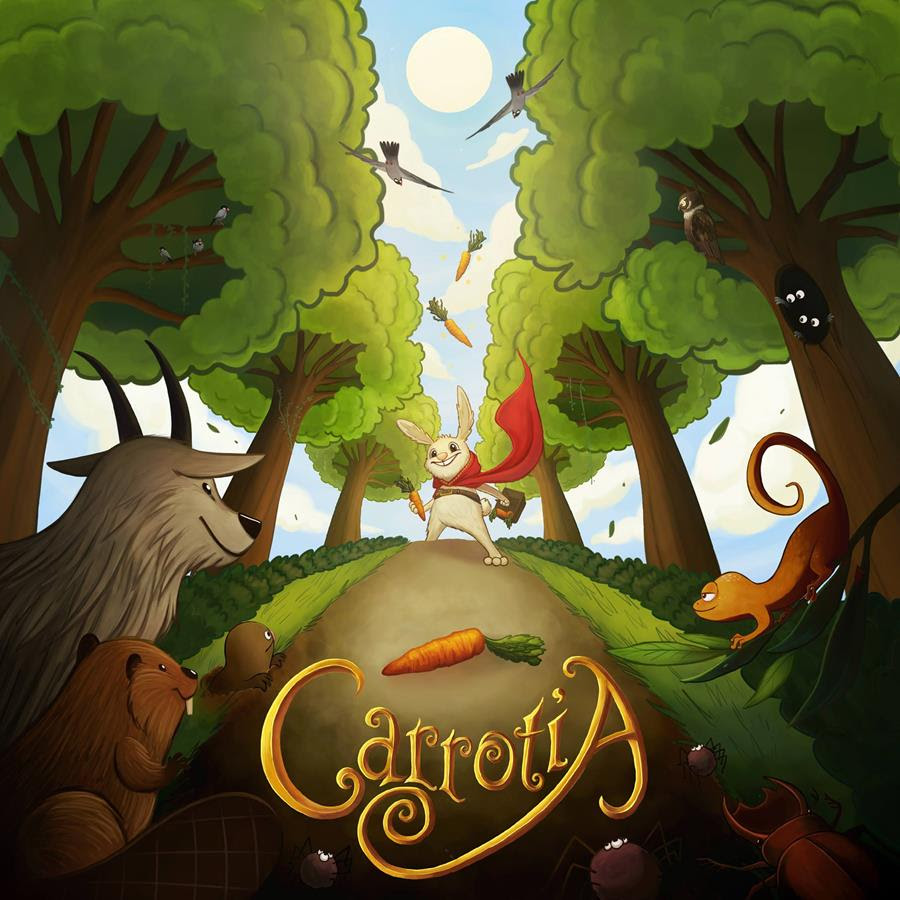 You can watch a video of our live play at Gen Con 2017 here!

At the end of Gen Con 2016, we were contacted by Mage Company Games asking if we would review one of their games.  We said yes and took them up on their offer to receive a free copy of Carrotia in exchange for doing a review.  In June of 2017 we finally received the game, and during Gen Con 2017 Matt, James, Travis, Kevin, and friend of the show Clayton played it during off-time at the convention.  You can listen to our first impressions and our actual live attempts to understand the rules and finally play the game.

Our collective takes in summary:

Despite the high production values and lovely art, we would not recommend this game.  It’s rated for ages 8 and up and we as a group of twentysomething adults were confused and frustrated by its rules, and ultimately we didn’t feel like we had any control over what happened.