Justice For All Session 4 – Passing the Torch 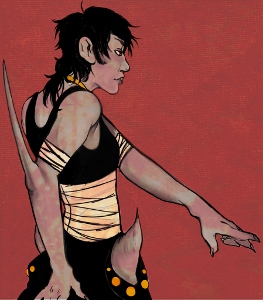 The party returned to the Academy in order to uncover evidence that would support their suspicions of the origin of the Umbra. They found it. The almost forgotten murderous race, the Shades, were used to create Umbra.

After a stand off with one of the Exiles, the party returned to Nachsun, intent on spreading their new-found knowledge. Uszhi made friends with a female Exile, who observed her bathing and approached her. Unknowingly, the two were observed in turn by Niklas. Time will tell what the grizzled hunter will do with his new knowledge, and how the relationship between Uszhi and Adora will blossom.

The future of Nachsun hangs in the balance. The tipping point is coming soon.