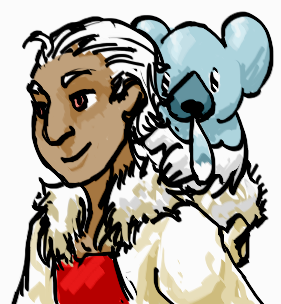 Even in the midst of his reign of terror, the terrorist known only to the public as The Onix Man broke his cover and, with the assistance of a few accomplices, laid waste to a Gainsboro City Pokemon Center, bringing the damage total somewhere near $30 million.  There are also eyewitness reports of him leaving the scene following a full-scale incineration of an entire city block.  Police are questioning this development, as The Onix Man typically prefers to smash structures and normally focuses on roads and infrastructure.  It is unknown if he possesses any fire-type Pokemon.

His reign of terror is compounded by riots, looting, spreading the police force thin.  This has unfortunately led to a sudden resurgence of the entire Brad Garrison gang.  This is a disappointing development after the continuing efforts of the Gainsboro Police Department, working under the direction of League Detective Darren Walker.  The recent reappearance of The Onix Man seems to have pulled Walker back to this case.  It was reported that him and his Braviary were in pursuit of the wanted terrorist, in addition to other police officials.  The two accomplices who assisted in the destruction of the hostage situation and destruction of the Gainsboro Pokemon Center have been arrested and taken into custody.  It is believed that they will draw in the Onix Man.